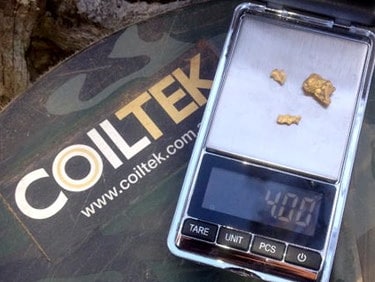 In resurrecting a childhood interest in detecting, I engrossed myself through months and months of internet research and conversation with many a knowledgeable person in efforts to find a suitable detector.

I quickly realized metal detecting had come a long way since my interest had first peaked some 35 years prior. I was now looking at some serious detecting hardware, notably commanding some serious outlay of coin!

After much discussion with the minister for finance, permission was granted for purchase of the well proven Minelab GPX5000.

Please note, I’ll be the first to admit the GPX5000 in the hands of a newbie is like handing the keys of a ‘62 Shelby AC Cobra to a newly appointed probationary licence holder……. Too much power in the hands of one with too little experience!

The GPX manual was read every which way possible in efforts to obtain the greatest insight to the function of this machine. With stock GPX in hand, I headed into the field. Rusty nails, boot tacks, lead slugs and an array of all metallic objects became the norm. Weekends became months, months became a year, resulting in little more trash than previously located.

A phone text from a prospecting mate informed me he was pulling up on an area of likely interest. Mustering up the last of my enthusiasm, I geared up and endured the two hour drive to his location. On arrival and after a quick chat it was down to business. Scanning and working the slope, the first target sounded off and was identified as another lead pellet. Some three hours later and with little improvement, my mate sensed my heightened state of irritability and offered me the use of his Coiltek 14” Mono Elite. He advised me it was his coil of choice and stated it would “Make my day”.

Wandering off down the track, I made the decision this was the decider. No viable find in the next hour meant game over for my future in detecting.

Within 20 minutes I triggered a sweet clear target. Brushing away the leaf matter, picking through gravel and quartz, I hit clay. The target noise improved and rang sweet in my ears. Removing some clay, the target sounded off outside the hole. Running trowel loads over the topside of the coil, a target mass was located. Breaking away the clay exterior revealed the true colour of gold beneath. I was spellbound by my first gold find! Curbing my enthusiasm, I cleaned the little nugget, took a moment and continued to detect the surrounding area. Over the next hour I located an additional two smaller pieces for a total of 4.0g. Returning to camp and relishing in the discovery of my first finds, I found myself reluctantly having to relinquish the Coiltek 14” Mono Elite back to its rightful owner.

The Coiltek 14” Mono Elite has my enduring approval and can be noted as the coil that did indeed “Make my day!”